Larry’s expertise comes from more than 35 years as a professional trader. Starting from the pits at the Chicago Board Options Exchange, Larry’s skills grew along with his wealth until he was running a world-class hedge fund – where he regularly traded position sizes in the millions of dollars.

He’s been described as the “Ichiro Suzuki” of trading (after the Hall of Fame baseball player who had an uncanny knack for scoring)… And he has been likened to “Rain Man” when it comes to making money, because with him it just happens, quickly… and repeatedly, sometimes without plausible explanation.

As one former employee commented, “The things Larry does mentally other people need computers to do.” And from 1990 to 2010 – when he was actively running hedge funds – Larry never had a single losing year. (It wasn’t until 2011 that he lost, and even then, the fund was only down .6%.)

In 2008, when the world was practically ending, Larry and his partners had their BEST year ever. They made $95 million for themselves and clients.

With those results, it’s no wonder Barron’s has ranked Larry’s hedge fund in the top 100 hedge funds in the world on 3 separate occasions.

Now though, Larry has fully devoted himself to bringing his trading secrets to everyday investors – with actionable, profitable options plays and a peek behind the curtain at the secrets that made him a massive success.

Previous
Back to Our Products
Next 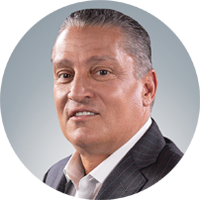 Larry Benedict is a 35-year trading veteran. Starting from the pits at the Chicago Board Options Exchange, Larry’s skills grew along with his wealth until he was running a world-class $800 million hedge fund – where he regularly traded position sizes in the millions of dollars. He even went 20 years without a single losing year… putting his hedge fund in the top 1% of Barron’s rankings.

To find out more about this service, click below.